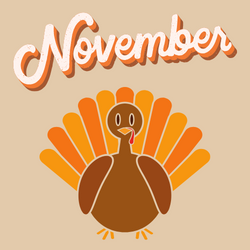 This year’s biggest box office hit will be released on DVD and Blu-ray on November 1. Grossing over $716 million domestically, Top Gun : Maverick takes place thirty years after the original Top Gun. Tom Cruise returns as Pete “Maverick” Mitchell, who confronts the ghosts of his past when he returns to TOP GUN to train a group of elite graduates. Maverick comes face-to-face with Lt. Bradshaw (Miles Teller), the son of his former wingman Goose. Bitter rivalries ignite as the pilots prepare for a specialized mission, which will require the ultimate sacrifice from those chosen to fly it.

Honk for Jesus. Save Your Soul is a satirical comedy starring Regina Hall as Trinitie Childs - the proud first lady of a Southern Baptist megachurch, who together with her husband Pastor Lee-Curtis Childs (Sterling K. Brown), helps rebuild their congregation after a huge scandal.

The Power of the Dog will be released from the Criterion Collection this month. The movie was nominated for 12 Oscars, with Jane Campion winning for Best Director. After a sensitive widow (Kirsten Dunst) and her enigmatic, fiercely loving son (Kodi Smit-McPhee) move in with her gentle new husband (Jesse Plemons), a tense battle of wills plays out between them and his brutish brother (Benedict Cumberbatch), whose frightening volatility conceals a secret torment, and whose capacity for tenderness, once reawakened, may offer him redemption or destruction.

Moonage Daydream illuminates the life and genius of David Bowie, one of the most prolific and influential artists of our time. Told through sublime, kaleidoscopic, never-before-seen footage, performances and music, Brett Morgen's feature-length experiential cinematic odyssey explores David Bowie's creative, musical and spiritual journey. The film is guided by David Bowie's own narration and is the first officially sanctioned film on the artist.

Zendaya stars in Euphoria as Rue, a recovering teenage drug addict who struggles to find her place in this world. Season 1-2 of the HBO series will be released on November 1.

Additional TV releases this month include Death in Paradise : Season 11, The Brokenwood Mysteries : Series 8, and A Discovery of Witches : Series 3.

A complete list of this month’s releases can be found here.