Due to circumstances beyond our control, the Fall Into Monarchs program scheduled for Sept. 29 at 7 p.m. has been cancelled. 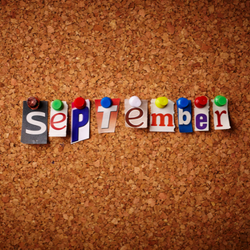 A biography of a rock ‘n’ roll legend and a film adaptation of a best-selling novel are two of the biggest video releases during September.

Elvis explores the life and music of Elvis Presley (Austin Butler) as seen through the eyes of his controversial manager Colonel Tom Parker (Tom Hanks). The story delves into the complex dynamic between Presley and Parker spanning over 20 years, from Presley's rise to fame to his unprecedented stardom, against the backdrop of the evolving cultural landscape and loss of innocence in America.

Adapted from the best-selling novel by Delia Owens, Where the Crawdads Sing tells the story of Kya, an abandoned girl who raised herself to adulthood in the dangerous marshlands of North Carolina. For years, rumors of the "Marsh Girl" have haunted Barkley Cove, isolating the sharp and resilient Kya from her community. Drawn to two young men from town, Kya opens herself to a new and startling world; but when one of them is found dead, she is immediately cast by the community as the main suspect.

The precocious Minions return in the fifth movie of the Despicable Me franchise. Minions : The Rise of Gru takes place in 1976 when an 11-year-old Gru plans to become a supervillain with the help of his Minions.

Mrs. Harris Goes to Paris is adapted from the book by Paul Gallico. A widowed cleaning lady in 1950s London falls madly in love with a couture Dior dress and decides that she must have one of her own.

The HBO dark comedy series The White Lotus has been nominated for 20 Emmy Awards. Season one details a week in the life of vacationers as they relax and rejuvenate in paradise. With each passing day, a darker complexity emerges in these picture-perfect travelers, the hotel's cheerful employees, and the idyllic locale itself.

Additional TV releases this month include The Mayor of Kingstown : Season 1, Father Brown : Season 9 and the sixth season of Outlander.

A complete list of September video releases can be found here.