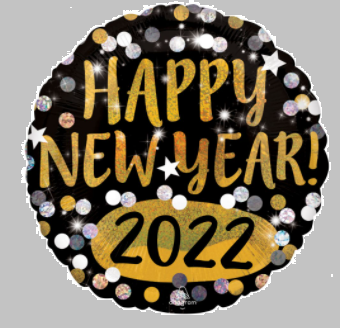 Cinematic extravaganzas could be considered the bread and butter of the movie industry for 2021 and Marvel Studio Films led the pack hands-down with the releases of Spider Man:  No Way Home, The Eternals, Shang-Chi and the Legend of the Ten Rings and Black Widow. Warner Brothers and Disney, on the other hand, tried their luck with simultaneous releases of their productions on streaming and in the theaters.  The crystal ball for 2022 remains clouded with the spread of COVID which promises more uncertainty for the industry.

Our collection in January will include two recent Netflix releases, both part of the Criterion Collection.  In Dick Johnson is Dead, you’ll find an amusing premise for a documentary about an old widower with worsening dementia moving into a one-bedroom New York apartment with his daughter who films different ways of killing him.  Or try Time, the Academy Award-nominated feature documentary debut of Garrett Bradley traces the decades-long quest of Sibil Fox Richardson, an indefatigable mother of six and a fiercely outspoken prison abolitionist, to free her husband from the Louisiana State Penitentiary, where he is serving a sixty-year sentence for robbery.

For the sci-fi enthusiast, Dune will also be released this month.  A mythic and emotionally charged hero's journey that tells the story of Paul Atreides (Timotheé Chalamet), a brilliant and gifted young man born into a great destiny beyond his understanding, must travel to the most dangerous planet in the universe to ensure the future of his family and his people. As malevolent forces explode into conflict over the planet's exclusive supply of the most precious resource in existence, a commodity capable of unlocking humanity's greatest potential, only those who can conquer their fear will survive.

Your children won’t want to miss The Addams’ Family 2, where we find Morticia and Gomez distraught that their children are growing up, skipping family dinners, and totally consumed with “scream time.” To reclaim their bond, they decide to cram Wednesday, Pugsley, Uncle Fester, and the crew into their haunted camper and hit the road for one last miserable family vacation.

PBS has released American Masters:  Becoming Helen Keller.  Deaf and blind since early childhood, Keller was a passionate advocate for change, using her celebrity and wit to champion rights for women, people with disabilities, and people living in poverty.

You can find the complete release list for the month of January here.