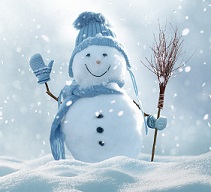 With a month of planning and preparation ahead, don’t forget to set some time aside for yourself.  Sit back, relax and escape the hustle and bustle of the season by selecting one of the many releases your library will be adding to its collection during the month of December.

The adaptation of the Tony-winning Broadway musical “Dear Evan Hansen” will be released this month.  Ben Platt reprises his role as an anxious, isolated high schooler aching for understanding and belonging amid the chaos and cruelty of the social-media age. Directed by acclaimed filmmaker Stephen Chbosky, the film is written for the screen by the show's Tony winner Steven Levenson with music and lyrics by the show's Oscar, Grammy, and Tony-winning songwriting team of Benj Pasek and Justin Paul.

Daniel Craig’s swan song as James Bond is a must-see for action movie devotees.  In “No Time to Die,” Bond has left active service and is enjoying a tranquil life in Jamaica. His peace is short-lived when his old friend Felix Leiter (Jeffrey Wright) from the CIA turns up asking for help. The mission to rescue a kidnapped scientist (David Dencik) turns out to be far more treacherous than expected, leading Bond onto the trail of a mysterious villain armed with dangerous new technology.

Originally released in 1969 and part of the Criterion Collection, “The Learning Tree” follows the journey of Newt Winger (Kyle Johnson), a teenage descendant of Exodusters growing up in rural Kansas in the 1920s, as he experiences the bittersweet flowering of first love, finds his relationship with a close friend tested, and navigates the injustices embedded within a racist legal and educational system.

“Luzzu” tells the fictional story of Jesmark Scicluna, a struggling fisherman who is forced to turn his back on generations of tradition and risk everything by entering the world of black-market fishing to provide for his wife and newborn baby.  “Luzzu” opened to wide acclaim at the 2021 Sundance Film Festival, where Jesmark won the World Cinema Dramatic Special Jury Award in Acting for his debut performance.

You will also find the prequel to “The Sopranos” featuring Michael Gandolfini on our shelves.  In “The Many Saints of Newark,” young Anthony Soprano is growing up in one of the most tumultuous eras in that city’s history, becoming a man just as rival gangsters begin to rise and challenge the all-powerful DiMeo crime family's hold over the increasingly race-torn metropolis. Caught up in the changing times is the uncle he idolizes, Dickie Moltisanti, who struggles to manage both his professional and personal responsibilities, and whose influence over his nephew will help make the impressionable teenager into the all-powerful mob boss later known as Tony Soprano.

You can find these and many other recent video entries here.