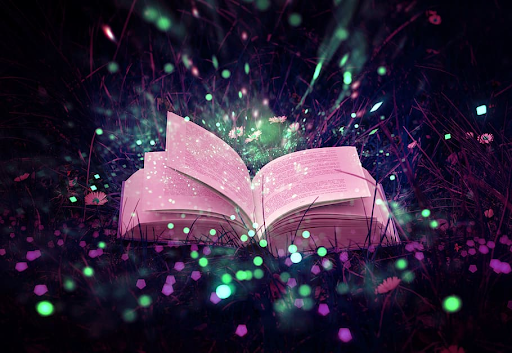 One of my favorite types of stories are those that take a well loved tale and breathe new life into it.  Setting a familiar story in more modern times, adding a new perspective, taking the core of an oft-told tale and sending the usual plot in wild new directions . . . I love it all.

Whether you are a fan of traditional tales, classic literature, or crave a hint of Shakespeare in a new format, there are plenty of updated story-threads to choose from in this list, and in our book collection at large.

A Study in Charlotte by Brittany Cavallaro (9th & up/Mystery)

Sherlock Holmes: At a prep school in Connecticut, the teenage descendants of Sherlock Holmes (Charlotte) and John Watson (James) are aware of each other, but definitely don’t click -- until a student that they both have connections to is murdered and they must reluctantly join forces to solve the crime in true Holmes/Watson style.

Where the Rhythm Takes You by Sarah Dass (8th & up/Romance)

Persuasion: Family is everything to Reyna, and if working at her family’s hotel requires her to make sacrifices such as giving up her first love, then that’s what must be done.  Years later, when Aiden  -- now a famous musician -- shows up for a short stay at her establishment, Reyna begins to question what she owes her family and what she owes herself.

Twelfth Night: From the time generations earlier when Violet’s great-great-great grandmother was the only survivor of a tragic shipwreck and still went on to found the town of Lyric, Maine, the Larkin family has been expected to persevere no matter what challenges come their way.  A daughter who has gone completely wild and a son who tries to end his own life are too much for Violet’s parents to deal with, however. While helping her younger brother Sam with his recovery, Violet is sent to her uncle in Lyric where she makes new friends, takes an interest in the truth of her family’s history, and begins to uncover some truths about herself as well.

Rebecca: In January, college student Zoe comes home to the Hamptons for her holiday break and then goes missing from a New Year’s party.   In August, Zoe’s body has been found and Anna, who has been spent the summer as a nanny in the same area, confesses to Zoe’s murder.  Martina, a concerned friend of Zoe’s who started a podcast shortly after Zoe disappeared in an attempt to do some investigating of her own, notices that Anna’s story doesn’t add up.  With unreliable characters, shifting timelines, and plenty of suspense, this is a thriller that will keep you guessing until the end.

Romeo and Juliet: In 1920s Shanghai, Roma and Juliette have had their star-crossed love affair, and are now back to being bitter enemies, more in line with the blood feud maintained by their rival gang families.  When mysterious deaths threaten to destroy the city that they are both fighting for control over, the exes must put aside their tumultuous past and work together before Shanghai lies in irredeemable ruin.

Alice in Wonderland: Wonderland is not the charming escape that you’ve been led to believe from the storybook tales.  It is dark, deadly, and filled with Nightmare creatures -- beings that Alice is somehow able to see and defeat.  As if dealing with family drama, friend issues, and the dangers of the “real” world weren’t enough, now she has a handsome mentor and a mission to battle evil from another world -- yet she still has to be home every night in time for curfew.  (And you thought you were overscheduled!)

Of Curses and Kisses by Sandhya Menon (8th & up/Romance)

Beauty and the Beast: St. Rosetta’s International Academy might seem like an elite boarding school, but for East Indian Princess Jaya Rao and young English Lord Grey Emerson, it is a battlefield.  The Rao and Emerson families have been feuding for centuries, and the latest generation is no exception.  When romance sneaks into a plot that includes an ancient curse, family honor, a stolen ruby, and typical boarding school drama, each page is a delight!

Cinderella: Ellen Lopez-Rourke might not be your typical sweet and martyr-like Cinderella type, but she does have a (sometimes) evil stepmother who doesn’t even attempt to understand or listen to anything that is important to Ellen.  And while she hasn’t been locked in her room precisely, she has been (unfairly) grounded for the entire summer.  Luckily, she is given permission to participate in a local (magic-free) Quidditch team, which allows her temporary escape, as well as a chance to make new friends who help open her eyes to new perspectives and give her the courage to embrace her own uniqueness.

Orpheus and Eurydice: There are those who say that they would go to hell and back for the love of another, but would they really?  In Rivera’s update on a famous Greek myth, music-blessed Pheus and tragedy-shadowed Eury will have to see what they can battle and withstand for their love.  Set in a magic-filled Bronx, this is a beautiful and creative tale that will enchant readers whether they are familiar with the story of Orpheus and Eurydice or not.