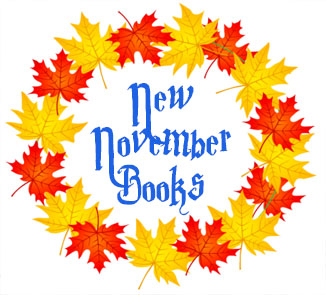 This month we are featuring some of our favorite long-standing series characters who are returning for more adventures in the month of November.

Ace Atkins brings PI Spenser back (book 50!) in Robert B. Parker’s Bye Bye Baby. Carolina Garcia-Ramirez is a rising star in national politics, taking on the establishment with her progressive agenda. Now facing her second campaign, she finds herself not only fighting a tight primary with an old guard challenger but also contending with numerous death threats coming from hundreds of suspects. Her chief of staff reaches out to Spenser for security and help finding the culprits of what he believes to be the most credible threats.

Janet Evanovich. Game On: Tempting Twenty-Eight.  Would you believe that Evanovich is back with another Stephanie Plum mystery, 28th in a series that has claimed 24 No. 1 New York Times best sellers in 25 years? With a one-million-copy first printing.

Jessica Fletcher & Terrie Farley Moran. Murder, She Wrote: Debonair in Death.  Who doesn’t love Jessica Fletcher? In the latest addition (#54 and counting), based on the hit television show featuring Jessica Fletcher, Jessica gets into the act when her favorite technician at the local nail salon is accused of murdering Nelson Penzell, co-owner of a fancy-schmancy art and treasure store in Cabot Cove, ME.

Marc Cameron. Tom Clancy Chain of Command. In President Jack Ryan’s latest outing (#21), a truly evil pharmaceutical billionaire spends big bucks supporting various radical groups whose violence is meant to distract officials as he floods the U.S. market with counterfeit drugs. Now that people are dying of bad medicine, he sets in motion the ultimate power grab, which means getting rid of the president himself.

Jeffery Deaver. The Midnight Lock. The Locksmith: he’s New York City’s latest criminal mastermind, capable of defeating any bolted door or security system, as he demonstrates by breaking into an apartment and rearranging the owner’s personal possessions while she sleeps. The NYPD knows that much worse is to come, and forensic detective Lincoln Rhyme and NYPD Det. Amelia Sachs are on the case. Fans have waited three years for the 16th Rhyme thriller.

Patterson, James. Fear No Evil.  Deep in the Montana wilderness, Dr. Alex Cross (#29) and Det. John Sampson are pursuing the bloodthirsty bad guy who has been stalking Alex’s family for years when they find themselves targeted by two rival teams of assassins. And both teams are working for Alex’s nemesis. Will our heroes get out alive? With a 760,000-copy first printing.

Other series characters that are returning:

You can find our curated list of November titles here.