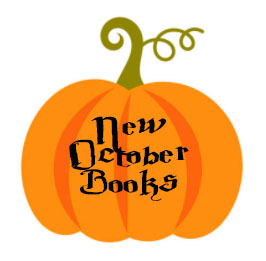 October 2021 is chock-full of new books ahead of the holidays, and Christmas-themed books lead the pre-pub list. Here are 12 books that will light up your holidays:

Three high-profile collaborations will hit the shelves in October. With a one-million-copy first printing, Hillary Rodham Clinton has teamed up with Louise Penny to bring us (not surprising) a juicy political thriller (State of Terror) involving a (not surprising) secretary of state who puts together a crack team to ferret out a conspiracy aimed directly at the U.S. government.

Brothers Lee and Andrew Child are following up their previous No. 1 New York Times best seller with a new Jack Reacher book, Better Off Dead. Jack is back and ready to fight the good fight against a bunch of new criminals.

James Patterson has once again teamed up with Candice Fox (from the Detective Harriet Blue series) to introduce a new series (2 Sisters Detective Agency) involving two sisters who join the family business---chasing down killers---that they never knew existed.

Another debut series (As the Wicked Watch) comes from journalist/talk show host/news anchor/Emmy winning Tamron Hall. With a very healthy 100,000-copy first printing, Tamron Hall introduces Jordan Manning, a Chicago crime reporter. As the only woman of color in the newsroom, Jordan is frequently assigned to cover the murder of Black women, stories that are often ignored. However, as she pursues one particular story, she is convinced that there’s a serial killer on the loose and he’s hiding in plain sight.