Back to School with Speculative Fiction 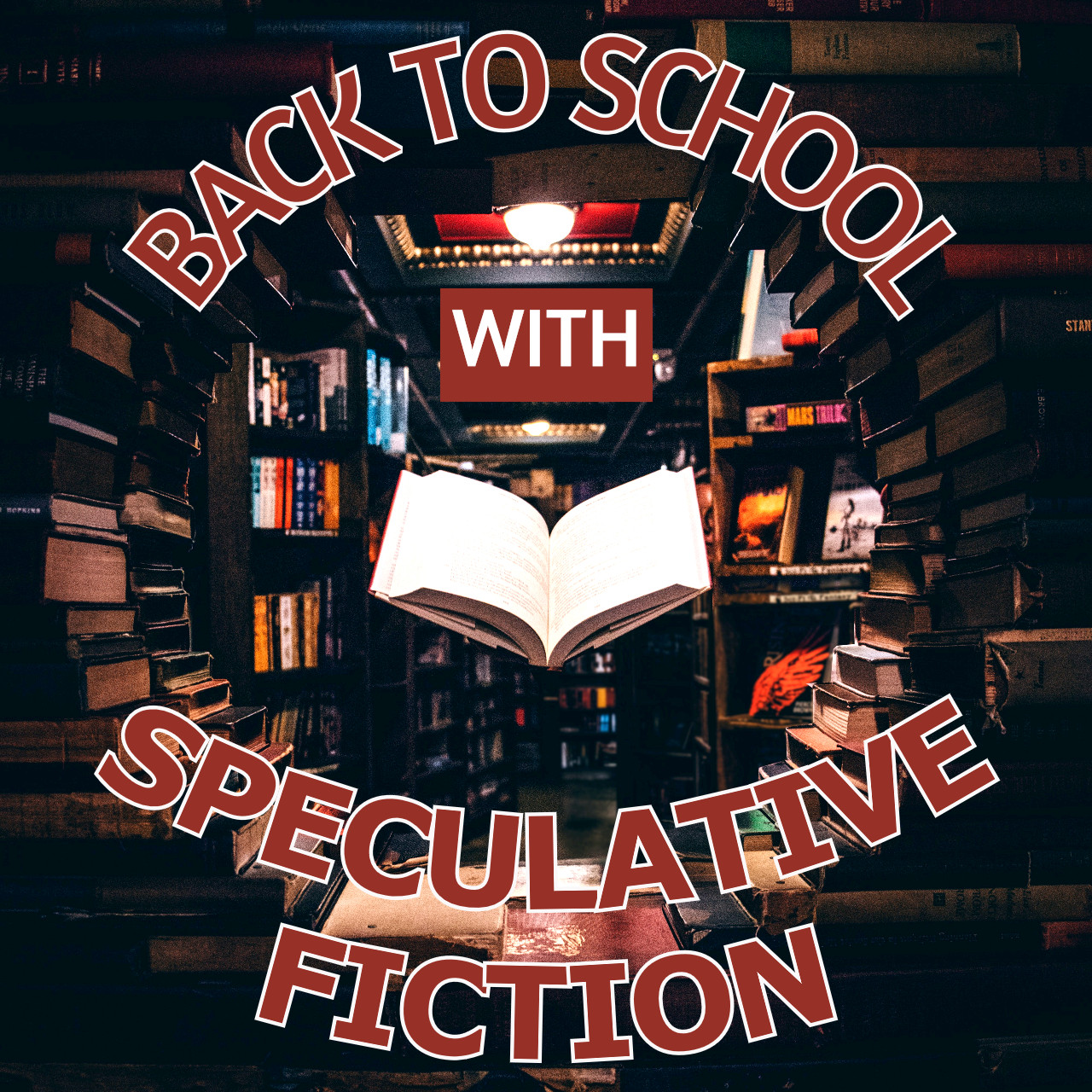 As some adult readers head back to school, we're taking a look at books that feature higher education. But these aren't just any colleges and universities: these are institutes where unusual incidents occur. Some offer rather unconventional courses of study that may come with danger attached. In speculative fiction, anything can happen, and magical (or ghostly, or technological) mishaps don't necessarily mean you get to skip class the next day...

Brakebills College for Magical Pedagogy, in the Magicians trilogy by Lev Grossman

The Magicians trilogy follows Quentin Coldwater from his start at Brakebills College as a student fresh out of high school to his eventual job as a professor there. Not all of the action takes place at Brakebills, but it is a crucial, central, and formative space for Quentin and his classmates. In the television adaptation, the school is slightly renamed to Brakebills University for Magical Pedagogy, and it's a center for graduate study rather than undergraduate education.

Oxford University, in the All Souls trilogy by by Deborah Harkness

While the All Souls trilogy ventures to both other locales and other historical eras, the action begins at Oxford University's Bodleian Library, where visiting Yale professor (and non-practicing witch) Diana Bishop comes across a lost manuscript in her research. This sets off a chain of events that forces her to learn more about her own magic and find help from unlikely allies, including the vampire (and fellow professor) Matthew Clairmont. This series is also currently being adapted for television.

An unnamed university in Vermont, in The Starless Sea by Erin Morgenstern

Graduate student Zachary Ezra Rawlins discovers a book in his university library that tells a story from his own life. Investigating further, Zachary is drawn into a mysterious realm filled with strange people and uncertain alliances, where reality is shifted by stories themselves. While the university where the story begins is never named, an intrepid sleuth who writes at the Booktrekker blog has deduced that it might be based on Champlain College. You can read more about that (and the other locations in the book) in the original post over here.

Eltisley Maze, in All the Birds in the Sky by Charlie Jane Anders

Science fiction and fantasy meet in All the Birds in the Sky, where childhood friends Patricia Delfine and Laurence Armstead grow up to pursue magic and advanced engineering, respectively. Reunited as adults in San Francisco, they find themselves at odds over the future of a world made increasingly unlivable by climate change. Patricia's magical education takes place at Eltisley Maze, where she learns both how to develop her abilities and the rules and expectations of the witching community.

Veritas at Harvard University, in the Magic University series by Cecilia Tan

Alex Stern is recruited to attend Yale University, but not for her grades or athletic skill: instead, the House of Lethe wants her to join the storied tradition of keeping Yale's other secret societies in check. As it turns out, the resources and connections offered to secret society members are not just material and social, but also magical—and dangerous. Ninth House is the first novel in an ongoing series, with the main plot resolved but a tantalizing hook for future books left hanging.

Princeton University, in The Accursed by Joyce Carol Oates

The Ivy League seems to be a hotbed of sinister activity (at least in fiction), with Princeton at the turn of the 20th century as the backdrop for mysterious occurrences among elite families connected to the university. Is it a literal curse, as the title suggests? Or is the legacy of upper-crust society's exploitation and prejudice coming back to bite those who benefit? There's some room left to wonder in this twisted Gothic tale. The novel also features intriguing appearances by fictionalized versions of actual historical figures (Jack London, Upton Sinclair, and Teddy Roosevelt among them).

A darkly funny satire of the world of MFA graduate programs with a horror twist, Bunny follows scholarship student Samantha Heather Mackey through her second year of the program, where she has been ostracized by the cutesy rich-girl clique known as the Bunnies. But when they invite her into the fold, Samantha finds that there's more to their sisterhood than just shared lunches and out-of-workshop writing collaborations. (For further Ivy League connections, many readers have noticed similarities between the fictional city of Warren and Providence, Rhode Island—home of the real Brown University.)

Like Alex Stern in Ninth House, Ines Murillo comes to her college experience following a difficult time in her life. Despite that turbulence, she is accepted to the prestigious and insular Catherine House, a college that demands that students cut ties with the outside world in exchange for the career success that usually accompanies an education there. The students accepted tend to be outsiders in some ways, and Catherine House presents an opportunity for them to find a new family among their cohort—in fact, the school all but demands it. The crown jewel of Catherine House's academic program, the "new materials" concentration, is vague and secretive even within the closed society of Catherine House. What, exactly, is the price of success? Fans of Lois Duncan's YA boarding school Gothic, Down a Dark Hall, might enjoy this more grown-up treatment of similar themes.

The University of Inivea, in Dr. Edith Vane and the Hares of Crawley Hall by Suzette Mayr

Returning to the professorial perspective, Mayr's novel follows the eponymous Dr. Edith Vane as she navigates issues in her personal life, difficulties imposed by the administrative bureaucracy at her school, and the increasingly pressing problem of her university building trying to drive out or exterminate its residents. Part satire and part surrealism, this novel mixes frustration and dread, but has an energetic prose style and affection for its main character to keep the reader invested in her trials and terrors despite the oppressive atmosphere Dr. Vane has to contend with.

Returning to Oxford, Doomsday Book presents the university as the site of weird science rather than magic. Set in the mid-21st century, historian Kivrin Engle convinces her advisor to let her travel back to 1320 for research purposes. But several things go awry, and Kivrin begins to doubt whether she will be able to return to her own time. The first in a series about time-traveling historians from Oxford, Doomsday Book also won the prestigious Locus, Nebula, and Hugo awards when it was published in 1992. Though it was written nearly 30 years ago, readers may find it relevant to their present experiences, as it deals with two pandemics (a future strain of the flu, in the starting timeline, and the Black Death in Kivrin's medieval travels).