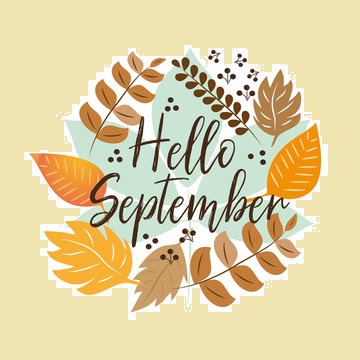 The horror genre is heavily represented this month, as our collection reflects these new releases that will intensify your fear factor.  In The Alpines, follow seven friends coming together for a weekend getaway after several years of growing apart. They've moved on with their lives. But the secrets of their past have come back to haunt them.  For the serial killer subset, try A Dark Foe, where a guilt-ridden FBI agent, stranded in the painful memory of the abduction of his sister, will have to face-off with the cunning serial killer who took her away.

Did you know that 2021 is the 45th anniversary of the classic film Jaws?  You can complement your viewing by checking out a copy of Great White.  When a sea plane is destroyed in a freak accident, five people find themselves drifting on a raft. At the mercy of the tide and with no hope of rescue, the helpless situation takes a horrifying turn when they are terrorized by a ravenous great white.  Stay out of the water!

For those of you who seek action as an alternative, F9: The Fast Saga is most likely in your wheelhouse.    Dom Toretto (Vin Diesel) is leading a quiet life off the grid with Letty (Michelle Rodriguez) and his son, little Brian, but they know that danger always lurks just over their peaceful horizon. This time, that threat will force Dom to confront the sins of his past if he’s going to save those he loves most. His crew joins together to stop a world-shattering plot led by the most skilled assassin and high-performance driver they’ve ever encountered: a man who also happens to be Dom’s forsaken brother, Jakob (John Cena).  There is also the release of Zack Snyder’s Justice League.  Fueled by his restored faith in humanity and inspired by Superman's selfless act, Bruce Wayne (Ben Affleck) enlists newfound ally Diana Prince (Gal Gadot) to face an even greater threat. Together, Batman and Wonder Woman work quickly to recruit a team to stand against this newly awakened enemy. Despite the formation of an unprecedented league of heroes, Batman, Wonder Woman, Aquaman (Jason Mamoa), Cyborg (Ray Fisher) and the Flash (Ezra Miller), it may be too late to save the planet from an assault of catastrophic proportions.

Highlighting two off-the-beaten path drama series releases, you might consider Mare of Easttown: Complete Limited Series.  Academy Award winner Kate Winslet plays Mare Sheehan, a small-town Pennsylvania detective who investigates a local murder as life crumbles around her. From creator and writer Brad Ingelsby, with all episodes directed by Craig Zobel, the seven-part limited series is an exploration into the dark side of a close community and an authentic examination of how family and past tragedies can define our present.  There is also the British crime thriller Whistable Pearl Series 1. Based on the novels by Julie Wassmer, this mystery series follows big-hearted restaurant owner Pearl Nolan (Kerry Godliman), who sets up a local detective agency in the English seaside town of Whitstable after undergoing police training in an earlier career. She’s joined by Detective Mike McGuire (Howard Charles), who comes from London to investigate a case.

You can find the complete list of our September additions here.