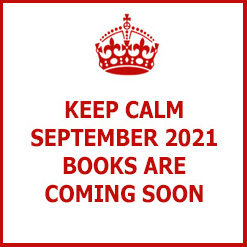 We have a number of recommendations this month, some included on the Coming Soon list, and some not!

Jean Meltzer brings us a delightful romance, The Matzah Ball. Billed as the first ever Hanukkah romance, this debut features Rachel Rubenstein-Goldblatt, who has an uncomfortable secret she keeps from her family: She writes Christmas fiction for a living. Oy vey!

Heather Graham’s (The Unknown) latest addition to the “Krewe of Hunters” series involves FBI agent Ryder Stapleton, who wonders what modest young museum curator Xienna Murray has to do with a recent spate of fires in New Orleans. It turns out that she just knows when a fire is about to start, and the two team up to track down a dangerous arsonist.

Brenda Novak: Keep Me Warm at Christmas.  Convinced that her career is waylaid when a nearly lethal accident leaves her with a facial scar, Hollywood actress Tia Beckett agrees to house-sit at her producer’s quiet Silver Springs estate over the holidays. She doesn’t realize that she’ll be sharing her responsibilities with another guest, whose heart needs as much healing as hers.

In Meg Waite Clayton’s, The Postmistress of Paris, the free-spirited young American heiress Naneé moves to Paris and joins the Resistance. She becomes known as the Postmistress, delivering news to those in hiding and spiriting them to safety. This historical fiction entry is based on the real-life Mary Jayne Gold, who helped American journalist Varian Fry smuggle artists and intellectuals out of France.

Lisa Jewell brings us The Night She Disappeared. In 2017, 19-year-old Tallulah plunks down her baby with her mother, Kim, then departs for a date — and never returns. Two years later, Sophie is strolling through the woods near the boarding school where her boyfriend teaches when she finds a note stuck on a tree that says “DIG HERE.” And the rest is classic suspense from the No. 1 New York Times best-selling Jewell.

TJ Klune, has an intriguing new fantasy, Under the Whispering Door. At his funeral, Wallace Price is picked up by the reaper and ends up at a tea shop owned by Hugo, whose side hustle is playing ferryman to souls who need to cross over. When Wallace meets Hugo, though, he falls in love and is determined to experience what he never experienced in life in the seven days he has left. This heartwarming book is told with Klune’s signature warmth and empathy.

Everyone will want to read Colson Whitehead’s new thriller, Harlem Shuffle. In the 1960s, Ray Carney owns a modest furniture store on 125th Street in Harlem and is generally regarded as an upstanding neighbor, but things change when cousin Freddie drags him into a robbery at the Hotel Theresa, the “Waldorf of Harlem.” Plans go awry, and Ray suddenly finds himself with divided aspirations — and scared for his life.

Booker Prize finalist Ruth Ozeki (The Book of Form and Emptiness) introduces us to 14-year-old Benny, who starts hearing voices after his musician father dies. Emanating from a sneaker or a sad-sack leaf of lettuce, these voices can be friendly or ominous, and they are getting louder and starting to follow him everywhere. So Benny goes to the library, where the surrounding objects show some respect and speak quietly. There he befriends a street artist and finds his very own Book, which tells him the story of his life.

This is a good month for the return of many favorite book series characters:

The September Coming Soon list can be found here.