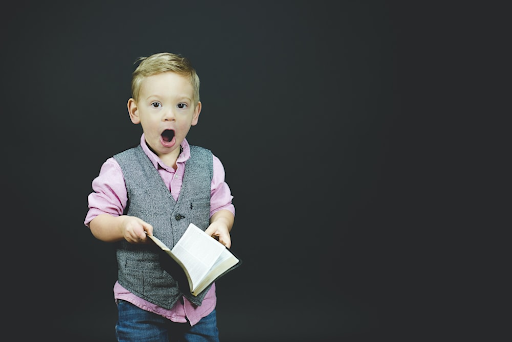 My favorite kinds of books are those that surprise me with plot twists or unexpected endings.  There are so many funny and well crafted picture books that fit into this category, and I couldn’t resist using that idea as our next children’s book blog theme. I hope these suggestions will provide you with the perfect blend of surprise and enjoyment! 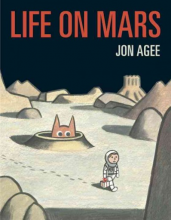 A little astronaut is determined to make a big discovery when he travels to Mars with the goal of proving that there is life on Mars.  Will he be successful?  You’ll be surprised at the results! 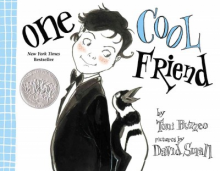 I have a lot in common with the main character of this fun picture book: I love visiting aquariums and penguins are my favorite creatures to see there.  Elliot wants to take it a step farther, though -- he wants to take a live penguin home with him!  What do you think his father will say about that idea? 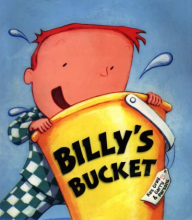 What are your top wishes for your birthday?  Do you want a bike?  A new pet? A special toy? The perfect plan for world domination?  Well, Billy’s birthday is here, and he doesn’t want any of those ordinary things. He’d like a bucket.  Yup, you read that right -- a bucket.  But not just any old bucket, a really special one from Buckets R Us.  Billy’s wish does come true, but when someone borrows his gift without permission, they end up with an unexpected surprise! 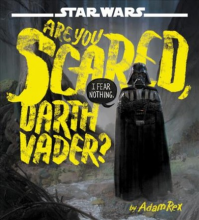 Calling all tiny Star Wars fans! Even those with only a passing knowledge of the extremely popular movie series have probably heard of Darth Vader and know that he’s a pretty intimidating guy.  You might guess that this super villain fears nothing.  Spiders? No. Vampire bites? No. Black cats? No.  Is there anything that Lord Vader fears?  Read on and find out, in this humorous picture book! 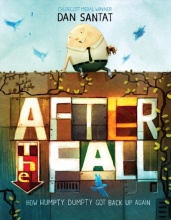 Have you heard the story of Humpty Dumpty?  Oh.  You have?

Well . . . do you know what happened after he fell?  No? Good, because that means you’re in for a treat! Award winning author/illustrator Dan Santat continues the traditional story by presenting a tale about anxiety, facing your fears, and the amazing truths that you can reveal about yourself if you have the courage to keep moving forward. 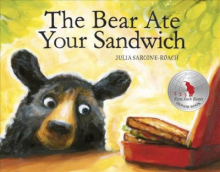 So, I know that you were looking forward to eating your delicious sandwich for lunch, and I’m terribly sorry that a naughty bear who was on a city-set field trip found it irresistible, but you know how these things go.  Or do you?  This adventurous book has a twist ending that is sure to capture your imagination, and catch you unaware! 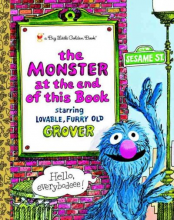 The Monster at the End of This Book by Jon Stone (PreK - 1st gr.)

The classic picture book The Monster at the End of This Book, starring loveable, furry old Grover, is a delightful interactive tale wherein the beloved Sesame Street character tries to convince readers to STOP TURNING THE PAGE!!!, since he does not want to meet the entitled monster at the end of the book.  First published in 1971, this highly amusing story stands the test of time. 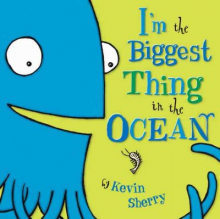 I’m the Biggest Thing in the Ocean by Kevin Sherry (PreK - 2nd gr.)

It’s hard to stay humble when you are so impressively sized, and the Giant Squid in this book doesn’t even try to stop bragging.  Just in case they couldn’t figure it out, he reminds his fellow sea creatures that he’s bigger than turtles, shrimp, this fish, that fish, and so on -- until he learns that as big as he is, he might not actually be the biggest thing in the ocean.

(Just for fun: my favorite comparison is actually on the back cover, where the squid declares that he’s bigger than the book's barcode! Silly squid!) 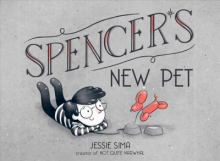 Well, Spencer has a new pet, and he’s looking forward to doing so many fun things with his dog.  There’s only one problem -- Spencer’s new pet is a balloon dog, and that’s not the only unexpected twist in this wordless delight by picture book superstar Jessie Sima! 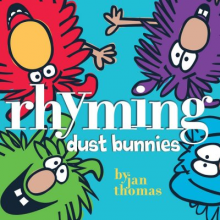 Say hello to four adorable and silly dust bunnies; Ed, Ned, Ted, and Bob! Three of our new friends are really good at rhyming, but it seems that Bob doesn’t really understand what rhyming means.  Will Ed, Ned, and Ted be able to help him understand what to do, or is there something else going on here?