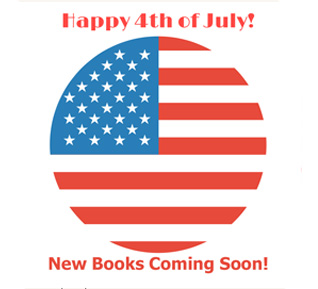 The housing market is booming right now, but here are some properties to avoid and some July thrillers to read!

Police detective Alec Nichols discovers 16 horses' heads on a farm, each buried with a single eye facing the low winter sun. After Veterinary Forensics expert Cooper Allen travels to the scene, a pathogen is discovered lurking within the soil. The two investigators race to uncover the truth behind these frightening and insidious mysteries―no matter the cost.

The Therapist by B.A. Paris:

When Alice and Leo move into a newly renovated house in The Circle, a gated community of exclusive houses, it is everything they’ve dreamed of. But appearances can be deceptive. As Alice is getting to know her neighbors, she discovers a devastating secret about her new home and begins to feel a strong connection to Nina, the therapist who lived there before. Her neighbors are keeping secrets and things are not as perfect as they seem.

Such a Quiet Place by Megan Miranda:

Hollow’s Edge used to be a quiet place -- a private and idyllic neighborhood where neighbors dropped in on neighbors. But then came the murder of Brandon and Fiona Truett. The residents are trapped, unable to sell their homes, confronted daily by the empty Truett house, and suffocated by their trial testimonies that implicated one of their own.

Not a Happy Family by Shari Lapena:

Brecken Hill in upstate New York is an expensive place to live. You have to be rich to own a house there, and Fred and Sheila Merton certainly are rich. But even all their money can't protect them when a killer comes to call. The Mertons are brutally murdered after a fraught Easter dinner with their three adult kids -- who, of course, are devastated … but are they?

The 22 Murders of Madison May by Max Barry:

Young real estate agent Madison May is shocked when a client at an open house says something to her. The man, a stranger, seems to know far too much about her, and professes his love--shortly before he murders her. Felicity Staples hates reporting on murders. As a journalist for a midsize New York City paper, she knows she must take on the assignment to research Madison May's shocking murder, but the crime seems random and the suspect is in the wind. That is, until Felicity spots the killer on the subway, right before he vanishes.

There are some other great books coming out in July. Of note is, The Forest of Vanishing Stars by Kristin Harmel, which tells the story of a young woman stolen from her wealthy German parents and raised in the unforgiving wilderness of Eastern Europe. She finds herself alone in 1941 after her kidnapper dies. Her solitary existence is interrupted, however, when she happens upon a group of Jews fleeing the Nazi terror. Stunned to learn what’s happening in the outside world, she vows to teach the group all she can about surviving in the forest—and in turn, they teach her some surprising lessons about opening her heart after years of isolation.