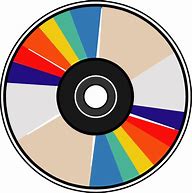 It is a time of great flux and change in the film industry as news sources report Amazon has offered $8.45 billion to purchase the legendary studio MGM.  If consummated, the deal would not only give the Prime video library an enormous content boost, it would also give Amazon a 50 percent stake in James Bond and ownership of many other storied brands.  This comes on the heels of the news that AT&T was spinning off HBO Max into Discovery.  Another form of industry consolidation, in this instance, the form is intellectual property.

Blockbuster video releases once again remain thin.  In June, the much-anticipated Godzilla vs. Kong is being released.  As the story goes, the two most powerful forces of nature clash on the big screen in a spectacular battle for the ages. As a squadron embarks on a perilous mission into fantastic uncharted terrain, unearthing clues to the Titans' very origins and humankind’s survival, a conspiracy threatens to wipe the creatures, both good and bad, from the face of the earth forever.

In Nobody, Hutch Mansell (Bob Odenkirk) is an underestimated and overlooked dad and husband, taking life's indignities on the chin and never pushing back. A nobody. When two thieves break into his suburban home one night, Hutch declines to defend himself or his family, hoping to prevent serious violence. His teenage son, Blake, is disappointed in him and his wife, Becca, seems to pull only further away. The aftermath of the incident strikes a match to Hutch's long-simmering rage, triggering dormant instincts and propelling him on a brutal path that will reveal dark secrets and lethal skills. In a barrage of fists, gunfire and squealing tires, Hutch must save his family from a dangerous adversary and ensure that he will never be underestimated as a nobody again.

You’ll find Benedict Cumberbatch in the lead role of The Courier, a true story of a British businessman unwittingly recruited into one of the greatest international conflicts in history. Forming an unlikely partnership with a Soviet officer hoping to prevent a nuclear confrontation, the two men work together to provide the crucial intelligence used to defuse the Cuban Missile Crisis.

For those in the action and adventure crowd, pick up a copy of Trigger Point.  Nicholas Shaw (Barry Pepper), a disgraced former U.S. secret agent who suffered memory loss at the hand of captors, is dragged back into the darkest shadows of the spy world when he is enlisted by his former partner to help find a missing colleague. But to uncover the truth, Nicholas will need to remember the past. Doing so might also be the key to clearing his own name.

Harvey Keitel and Malcolm McDowell are featured in the drama Blood on the Crown.  In the final days of the First World War, during Malta's revolution for independence, two British officers are tasked with quelling the riots and covering up the bloody encounter, while innocent protesters are jailed and killed.

Michele Pfeiffer plays the comedic lead in French Exit, as a 60-year-old penniless Manhattan socialite whose husband Franklin has been dead for 12 years.  With his vast inheritance gone, she cashes in the last of her possessions and resolves to live out her twilight days anonymously in a borrowed apartment in Paris. She is accompanied by her directionless son Malcolm (Lucas Hedges) and a cat named Small Frank, who may or may not embody the spirit of her dead husband.

For David Bowie fans, try Stardust, which chronicles the young Bowie’s first visit to the US in 1971, a trip that inspired the invention of his iconic alter ego Ziggy Stardust.

The two-hour PBS film American Oz will tell the story of author L. Frank Baum and the making of his classic novel, “The Wonderful Wizard of Oz,” the movie it inspired and the importance of this iconic work in American life.

And, for Bryan Cranston devotees, you can now catch the first season of Your Honor, where Cranston plays New Orleans judge Michael Desiato, who is forced to confront his own deepest convictions when his son is involved in a hit and run that embroils an organized crime family.

You can find the complete list of June releases here.