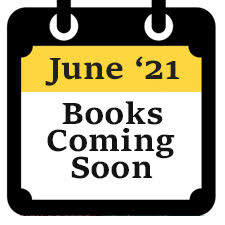 This June we feature some rising stars in the thriller genre, with some great psychological and suspenseful books that will keep you guessing.

In Edgar-nominated author Kimberly McCreight’s Friends Like These, a bachelor party in the Catskills is a cover for a staged intervention to help one of the guests, a drug-addicted art dealer, but someone ends up dead.

Palace of the Drowned (Christine Mangan) stars flailing British novelist Frankie Croy, staying in a friend’s vacant Venice palazzo in 1966 as she struggles to regain her early writing promise after a scathing review of a recent work. Soon, a not quite so trustful fan comes her way.

Henry Porter has been widely hailed as a next-generation John le Carré. In his CWA Steel Dagger Award–winning novel The Old Enemy, former MI6 agent Paul Samson is on a hunt for a one-time Stasi agent.

Debut novelist Caitlin Wahrer’s The Damage centers on a lawyer determined to help her young brother-in-law when he’s violently assaulted while partying with college friends at a bar and cannot remember what happened.

Following the New York Times best-selling, Reese Witherspoon–optioned Something in the Water, Catherine Steadman returns with The Disappearing Act, about a British actress who realizes that she’s the only witness to the disappearance of an actress she met while auditioning during Hollywood’s harried pilot season.

Three-time Akutagawa Prize nominee Natsuko Imamura introduces us to The Woman in the Purple Skirt, who always sits alone on a park bench and is eventually helped by The Woman in the Yellow Cardigan—forming a friendship that slides into obsession.

Chris Offutt’s latest novel, The Killing Hills, has U.S. Army CID agent Mick Hardin on leave with his family in the Kentucky backwoods. Hardin starts investigating when he learns that local politicians want the newly minted sheriff—his sister—pulled from a murder case.