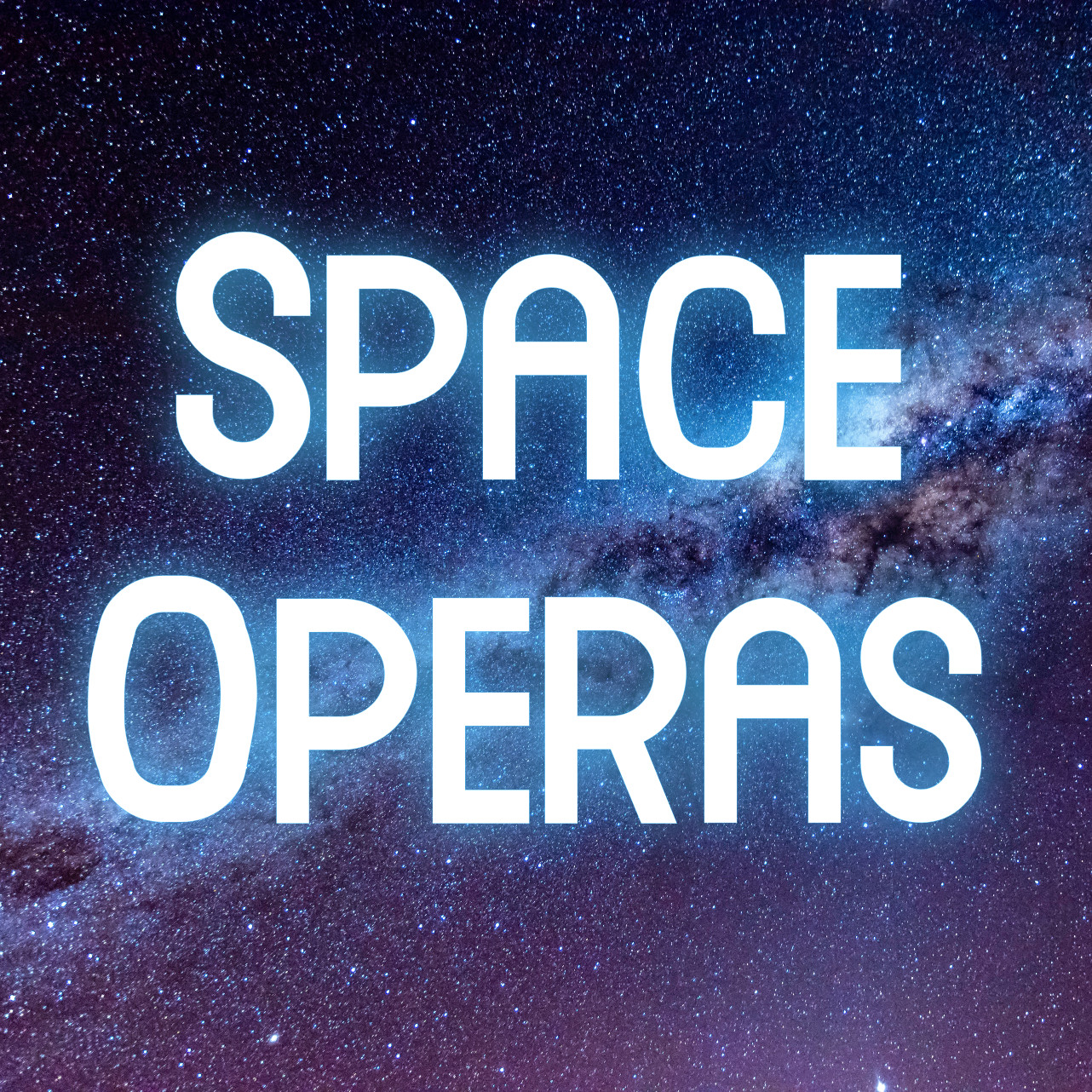 If the science in science fiction strikes you as detached, or your interest runs more toward epic adventure, dynastic drama, and political machinations, space operas may be a sub-genre that will appeal to you.

While "space opera" may sound too musical, fear not: the "opera" part of the term actually comes from "horse opera," which was used to describe serial Westerns in the early 20th century. Early space operas, like Flash Gordon, followed similar narrative conventions to their Western counterparts. The genre has since expanded to include all kinds of high drama set in space. There's a good chance you've already been exposed to space opera in pop culture, too: Star Wars is probably the most famous example, and some fans also consider Star Trek to be a space opera (more in the old-school episodic Western model).

If you're feeling intimidated by the length of some of the classic space operas (like Frank Herbert's Dune novels, for instance, or Ursula Le Guin's Hainish series), a more recent addition to the genre might be a more welcoming point of entry. While the stories may still be expansive in scope, contemporary sci-fi series tend to run shorter in general, and longer series are often broken up into shorter chunks that can be read and enjoyed independent of each other. You can also start with an anthology like The Space Opera Renaissance to get a taste of a number of different styles and worlds in the genre over the course of the last century.

Winter's Orbit, the debut novel from Everina Maxwell, is a space opera that follows two protagonists in a political marriage arranged at the last minute to help secure a treaty. While navigating some interpersonal awkwardness and misunderstandings, they wind up embroiled in an investigation of fraud and possible murder, as well as a movement for liberation and self-determination from a planet chafing under Imperial rule. While a lot of the books on this list are the first in a series, Winter's Orbit is a stand-alone novel, and might be a good starting place for readers curious about the genre.

The Murderbot Diaries series by Martha Wells starts off with four novellas before moving into full-length novels, so it also might be a good choice for readers interested in the genre but unsure about committing to a long book. The first in the series, All Systems Red, won the 2018 Hugo, Nebula, Locus, and Alex awards. Murderbot, the self-named android protagonist, has found a way to override its governing obedience protocols and have its own opinions. Its chosen name is tongue-in-cheek, as it still accompanies humans on assignment and protects them (if grudgingly) while investigating corporate malfeasance and its own origins. Wells' narrative style in the Murderbot Diaries is witty, and there's plenty of action to keep things moving.

For readers who like a little magic in their sci-fi, and don't mind a bit of horror and gore in their adventure stories, Gideon the Ninth by Tamsyn Muir (first in the Locked Tomb trilogy) showcases a competition among planetary heirs apparent to ascend to the Emperor's inner circle through feats of necromancy. There's plenty of intrigue and interpersonal drama along the way, as well as an interesting take on courtliness and combat. Like the Murderbot Diaries, the Locked Tomb trilogy's narration has a sense of humor, but nevertheless builds suspense and dread as the story unfolds.

Nnedi Okorafor's Binti trilogy, which follows its protagonist (the eponymous Binti) from her home in Africa to a galactic university and back, may have crossover appeal for fans of YA novels (regardless of age). Binti comes of age and comes into her own in the context of multiple kinds of conflict, but the series is ultimately a hopeful one. The Binti trilogy addresses culture clash between species and among humans, as well as generational differences in perspective and values. All that said, it still has some action-packed sequences!

Arkady Martine's Teixcalaan series starts off with the Hugo award-winning novel A Memory Called Empire, which follows a planetary ambassador to her new post in the Teixcalaanli Empire, where she discovers that her predecessor may have been murdered and becomes embroiled in investigation and intrigue. Like Okorafor, Martine is interested in cultural conflict, but A Memory Called Empire is more of a mystery than a bildungsroman. While it takes place in space and includes non-human characters, any readers interested in political thrillers might want to give the Teixcalaan novels a try.

Ancillary Justice, the first novel in Ann Leckie's Imperial Radch series, is also an award winner, and a multi-award winner, at that: it took home the Hugo, Nebula, and BSFA awards for best novel, along with the Arthur C. Clarke award and the Locus award for best first novel. This series is beloved by sci-fi fans for its worldbuilding, looking at questions of collective consciousness and individuality. At the same time, though, it's a story about an underdog on a quest for revenge, and getting to know yourself as you meet new people. The Imperial Radch series gives adventurous readers an opportunity to consider a very different worldview and concept of self.

If you like your heroes a little reluctant, K. B. Wagers' Indranan War trilogy (beginning with Behind the Throne) might be up your alley. Hail Bristol had left her life as royalty behind in favor of making a name for herself as a smuggler, but after a string of assassinations targets many of her family members in the line of succession, she's brought back to take up her political duties whether she likes it or not. Her criminal past proves both a complicating factor and an asset as she finds herself seeking revenge while trying to prevent all-out war. Wagers also has a second trilogy, the Farian War trilogy, featuring many of the same characters. The Indranan War trilogy is a complete story on its own, though, if the prospect of reading a total of six books seems daunting.

For fans of ragtag teams, found family, and smaller-scale stories in a richly developed sci-fi setting, Becky Chambers' Wayfarers series (starting with The Long Way to a Small, Angry Planet) might be a good fit. Rather than focusing on the major players in political drama, we get a view of political and cultural conflict from the perspective of ordinary people of varying species whose lives are impacted. The Wayfarers books tend to have a large and diverse cast of characters whose varying viewpoints and experiences work together to create the narrative.

And finally, if you were disappointed to hear earlier that space operas aren't usually as musical as their name suggests, by all means check out Space Opera by Catherynne M. Valente, which features a Eurovision-style song competition… in space! With planet-level stakes, of course.