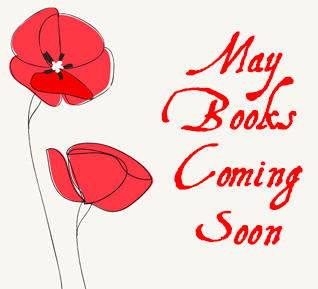 This month we start with three titles that test the limits of human exploration on our world and beyond. The first book is Great Circle by Maggie Shipstead. The year is 1914 and we meet Marian, an intrepid young Montana woman whose love of flight culminates with her attempt to circumnavigate the globe by flying over the North and South poles. But it has consequences. A century later, when Hadley Baxter is cast to play Marian in a film that centers on Marian's disappearance in the Antarctic, the fates of both women collide.

Staying in the Antarctic, Madhouse at the End of the Earth is a harrowing true survival story of an early polar expedition that went terribly awry -- with the ship frozen in ice and the crew trapped inside for the entire sunless, Antarctic winter. Drawing on firsthand accounts of the Belgica's voyage and exclusive access to the ship's logbook, Julian Sancton tells the tale of its long, isolated imprisonment on the ice -- a story that NASA studies today in its research on isolation for missions to Mars.

In Project Hail Mary (Andy Weir), a lone astronaut must save the earth from disaster in this incredible new science-based thriller from the #1 New York Times bestselling author of The Martian. Ryland Grace is the sole survivor on a desperate, last-chance mission -- and if he fails, humanity and the earth itself will perish. Part scientific mystery, part dazzling interstellar journey, Project Hail Mary is a tale of discovery, speculation, and survival to rival The Martian -- while taking us to places it never dreamed of going.

As we gear up for summer, pack up your chair and sunscreen, and don’t forget that perfect summer book. The Queen of beach reads, Mary Kay Andrews, brings us The Newcomer, which takes place at the Murmuring Surf Motel in a fictional Florida beach town.

From Jennifer Weiner, the #1 New York Times bestselling author of Big Summer, comes That Summer, another timely and deliciously twisty novel of intrigue, secrets, and the transformative power of female friendship, set on beautiful Cape Cod.

Lastly, Mary Alice Monroe brings us The Summer of Lost and Found, from the New York Times bestselling Beach House series. This compassionate novel follows the Rutledge family as they face a summer of upheaval and change with perseverance, unity, and a dose of humor that will endure long past the season.

Check out all of our recommended new May books here.