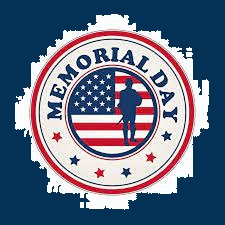 Highly anticipated movies continue to be held “in the can” at the major studios, eager that some profitability can begin again over the summer months.  For the time being, our library continues to seek out new material to pique our patrons’ interests.  Here are several additions:

In Judas and the Black Messiah, Fred Hampton (Daniel Kaluuya, Golden Globe Winner, Best Supporting Actor), a young, charismatic activist, becomes Chairman of the Illinois chapter of the Black Panther Party - putting him directly in the crosshairs of the government, the FBI, and the Chicago Police. But to destroy the revolution, the authorities are going to need a man on the inside.

For thriller and suspense fans, why not try The Little Things, featuring Denzel Washington, Jared Leto (Golden Globe Nominee, Best Supporting Actor) and Rami Malek.  Kern County Deputy Sheriff Joe ‘Deke’ Deacon (Washington) is sent to Los Angeles for what should have been a quick evidence-gathering assignment. Instead, he becomes embroiled in the search for a killer who is terrorizing the city. Leading the hunt, L.A. Sheriff Department Sergeant Jim Baxter (Malek), impressed with Deke’s cop instincts, unofficially engages his help. But as they track the killer, Baxter is unaware that the investigation is dredging up echoes of Deke’s past, uncovering disturbing secrets that could threaten more than his case.

The legal drama, The Mauritanian is based on the true story of Mohamedou Ould Slahi and his fight for freedom after being detained and imprisoned without charge by the US government for years. Alone and afraid, Slahi (Tahar Rahim) finds allies in defense attorney Nancy Hollander (Jodie Foster) and her associate Teri Duncan (Shailene Woodley), who battle the US government in a fight for justice that tests their commitment to the law and their client at every turn. Their controversial advocacy, along with evidence uncovered by a formidable military prosecutor, Lt. Colonel Stuart Couch (Benedict Cumberbatch), uncovers shocking truths and ultimately proves that the human spirit cannot be locked up.

The Criterion Collection has been consistent with reissues, many of which are in demand.  This month, their releases include Merrily We Go to Hell, a 1932 comedy/romance/drama starring Sylvia Sidney and Fredric March as an urbane couple whose relationship is pushed to the breaking point by his alcoholism and wandering eye, leading them into an emotionally explosive experiment with an open marriage. Exposing the hypocrisies and petty cruelties simmering beneath the surface of high-society elegance, Merrily We Go to Hell is a scathing early-feminist commentary on modern marriage.

Also from Criterion, Flowers of Shanghai.  Originally released in 1998, this gorgeous period reverie by Hou Hsiao-hsien traces the romantic intrigue, jealousies, and tensions swirling around four late-19th century Shanghai “flower houses,” where courtesans live confined to a gilded cage, ensconced in opulent splendor but forced to work to buy back their freedom.  Flowers of Shanghai evokes a vanished world of decadence and cruelty, an insular universe where much of the dramatic action remains tantalizingly off-screen—even as its emotional fallout registers with quiet devastation.

New television releases on DVD include historical fiction Atlantic Crossing (part of the Masterpiece series).  A princess steals the heart of the president of the United States in an epic drama based on the World War II relationship of Franklin Roosevelt (Kyle MacLachlan) and Norwegian Crown Princess Martha (Sofia Helin).

Finally, the release of Star Trek:  Lower Decks Season 1, an American adult animated television series created by Mike McMahan for the streaming service Paramount+.  It is the ninth Star Trek series and the first animated Star Trek series since the 1970s series Star Trek: The Animated Series. It follows the low-ranking support crew of the starship U.S.S. Cerritos in the year 2380.