The Soundtrack to a Story: YA books with musical themes 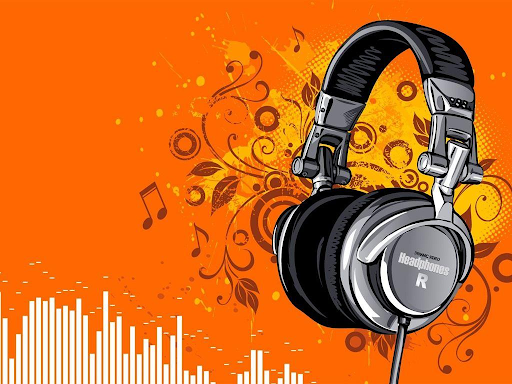 “Music gives a soul to the universe, wings to the mind, flight to the imagination, and life to everything.” – Plato

With an impact like that, it’s no wonder that so many people find joy, comfort, energy, and connection through music.  For the authors featured below, tying a love of music together with a great story seemed obvious, so each of the books listed have characters who embrace music as closely as many of us do.  My advice?  Grab a comfortable chair, turn some music on in the background, and surrender to one of these romantic, realistic, fantastic, or mysterious tales. Enjoy!

Seventeen-year-old Blade has just been disappointed by his drug and alcohol addicted rock-star father (again), betrayed by the love of his life, and he’s been hit with a family secret that knocks his whole world off kilter.  Determined to clear his head, he escapes all the way to Ghana, where he just might find out who he was meant to be -- both as a musical artist and a man.

Give Me Some Truth by Eric Gansworth (9th & up, historical fiction)

It’s 1980, and life on the Tuscarora Reservation in upstate New York holds more than a few challenges for Carson, Maggi, and Lewis.  They are desperate to break free of their family’s expectations, the restrictions of the reservation, and the prejudice of the surrounding community. Carson is convinced that winning his school’s Battle of the Bands contest is his ticket to freedom, and with his friends' help, he’ll give it all he’s got.

When their friend Paris Secord (aka dj ParSec) is murdered, Kya and Fuse’s always tense relationship explodes into hate and accusation.  Each are convinced that the other had something to do with Paris’s death -- until a confrontation with #DarkNation (a group of violent, unhinged ParSec fans),  forces them to work together to uncover the killer, while avoiding the police, jealous fans, rival musicians, and a murderer bent on anonymity.

Enchanted has two goals in life -- to make a living with her voice, and to help her struggling family gain financial security.  Both dreams seem to be within her grasp when she is offered the opportunity of a lifetime: to tour with handsome and talented superstar Korey Fields.  Her dream soon devolves into a nightmare however, when Korey is killed and she becomes the prime suspect.

I’ll Be the One by Lyla Lee (7th & up, realistic fiction)

When Skye enters a K-Pop competition in the song and dance categories, there’s a lot standing in the way of her success.  Not only does she have to  battle against incredibly talented competition, but she must also face prejudice because of her plus-size body, a distinct lack of support from her mother, harsh treatment from the judges, and vitriol from social media as well. Skye is ready for them all though, as she finally comes to accept and celebrate every part of herself.

This Savage Song: a Monsters of Verity novel by Victoria Schwab (9th & up, dystopian/horror)

In the not-too-distant future, the world is overcome with horrifying monsters that have been inadvertently created by the evil in humans themselves. Navigating this dark time are two very different teens who find themselves unwillingly drawn to each other despite their divergent backgrounds.  Will they work together to save their city, or end up tearing each other apart?  Note: The thrills continue in Our Dark Duet, the second (and final) book in the Monsters of Verity duology.

Mia is traveling from California to NYC in order to somehow track down her birth mother and convince her to donate a kidney to Mia’s younger sister before Maddy completely runs out of time.  Her seatmate Jaxon has some problems on his own, as he’s flying incognito, trying to escape his life as the troubled lead singer of the rock band Blue Fire.  On the long flight, a connection is formed, and the duo suspect that their individual troubles might be lightened if they explore this new bond instead of rejecting it.

After another stint in Juvie, Hutch is offered an opportunity to use his charm, wit, and flair for trouble in a more positive manner -- as a secret agent for an exclusive government group that trains teens to protect future important people.  Little does Hutch know that his first assignment will be to join a boy band and protect the lead singer, while dealing with fame and danger himself.

Sunny Dae is a self-proclaimed nerd who is frequently on the receiving end of bullying and microaggressions.  He is definitely not the type to attract the attention of his mega-crush Cirrus Soh.  Until she mistakenly believes that he’s the front man in a rock band and starts to see him in a new (misleading) light, that is.  Not a problem, right? Sunny can make this work! Can’t he?