Embrace Your Love of NYC! 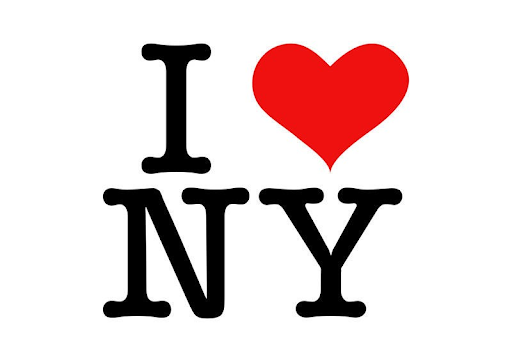 People all around the world share a love of New York City, and here on Long Island, we’re lucky enough to live right next door to this amazing metropolis!  Currently, your ability to visit and explore NYC may be a bit limited, so why not remind yourself of your love through some locally set Young Adult novels?  The Bronx, Brooklyn, Queens, Manhattan, Staten Island -- all of the five boroughs that make up New York City have their own unique flavor, and apparently these authors agree. So, take a trip without leaving your home, and fall in love all over again with the Big Apple and all its wonders!

Manhattan: If you’re in the mood for thrills that might hit a little close to home (pun intended), then Code Orange is the book for you.  While researching a school project on smallpox, lazy but likeable teenager Mitty finds a 100-year-old sample of the disease and fears that he may have accidentally contaminated himself, the girl he has a crush on, and possibly everyone in Manhattan.  To add to the suspense, a group of terrorists find out about Mitty’s situation and kidnap him with the intent of using him as a biological weapon.  A fast paced and chilling read.

City of Bones (The Shadowhunter series) by Cassandra Clare (8th gr. & up)

Manhattan: Clary has had a rough day. In rapid succession, she’s been witness to a bizarre murder, discovered that her mother has been abducted, been attacked by a hideous monster, then saved by a handsome jerk that seems to know more than he should about the situation -- and about her new ability to see demons.  This is the suspenseful start to the popular fantasy adventure series.

Between the Lines by Nikki Grimes (7th gr. & up)

Bronx: A group of high school students enrolled in a class that participates in open-mic poetry readings and boys vs. girls poetry slams, find that expressing themselves in this format encourages them to share their innermost thoughts, details about their life challenges, and more.  Through the sessions, connections are revealed, bonds are formed, and the teens learn more about themselves and their classmates.

Brooklyn: Quadir and Jarrell can’t believe that their friend Steph is gone.  Still grieving his murder, and the lack of resolution, they are determined to ensure that his legacy and the power of his music lives on.  Plotting with Steph’s sister Jasmine, the three teens promote his music under a new rap name, pretending he is still alive.  Things get immensely more complicated when “The Architect's” music explodes, and everyone wants a piece of the elusive rapper.

Queens: It’s the summer of 1977, and NYC residents are dealing with arson, a massive blackout, and a serial killer named Son of Sam.  Meanwhile, teenager Nora Lopez is dealing with some terrors of her own, as her brother’s violent anger is escalating, her mother is falling behind on the rent, and her unreliable father grows more absent all the time.  Some days, Nora wishes the world would just hurry up and burn.

You Bring the Distant Near by Mitali Perkins (9th gr. & up)

Queens:  Three generations of women in the same family do their best to make a new life in America while still staying true to their Indian heritage.  Forbidden love, social activism, devastating losses, and more provide immense challenges but satisfying endings for each of the characters.

Manhattan: A charming, determined, yet slightly devious, student at a distinguished academy finds his schemes threatened by an uptight classmate who wants to put a scheme of her own into play.  Surprisingly, what begins as a tense partnership completely lacking in trust begins to turn into something more.

Manhattan: After a few hours stuck in a high-rise elevator during a sweltering summer day, and then a night spent wandering the city, star-gazing, and roof-picnicking, the connection forged between Lucy and Owen was strong, was real, was . . . short-lived.  Immediately after their magical night, the two teens find themselves separated by circumstances and roughly 5,000 miles.  Although they attempt to keep their fledgling relationship going through postcards and emails, they have to ask themselves: are they really meant to be?

Manhattan: Bridge, Em, and Tab have been best friends forever; but at the start of seventh grade, everything seems to be changing.  Blossoming popularity, a growing interest in social justice, and a shift in perception when it comes to a boy who used to be just a friend, and now is maybe something more, all serve to move the trio further and further apart.  Is this just a regrettable consequence of growing up, or can the friends find a way to honor their past while still welcoming their future?