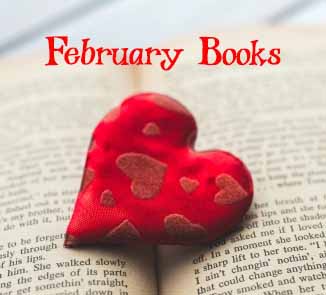 Likely to be an instant bestseller, The Four Winds, by Kristin Hannah is an emotional novel about the efforts of one indomitable woman to organize migrant workers in California during the Depression. Bring your tissues!

Girl A: A Novel, a debut book from Abigail Dean, is a dark story of betrayal and survival. If you liked Emma Donoghue’s Room or Paula Hawkins’ The Girl on the Train, you won’t want to miss this possible breakout suspense novel.

Jane Harper writes characters with depth and dimension. Her plots match that standard as well. Family plays as big a role in The Survivors as it did in The Lost Man. Which stands to reason, because isn’t the biggest and toughest mystery always around family? Another stunner from Jane Harper that is not to be missed.

Many enjoyable books have been set in Paris, the City of Lights. We have three new entries to that list. The Paris Library by Janet Skeslien Charles is based on the true World War II story of the heroic librarians at the American Library in Paris. It is an unforgettable story of romance, friendship, family, and the power of literature to bring us together. It’s perfect for fans of The Lilac Girls and The Paris Wife. Tatiana de Rosnay's Flowers of Darkness is about a writer, Clarissa, who is overjoyed to have snagged a swanky apartment overlooking Paris, but she can't escape the feeling that she's under surveillance. A tense thriller indeed! Lastly, The Paris Dressmaker by Kristy Cambron, is based on true accounts of how Parisiennes resisted the Nazi occupation. From fashion houses to the city streets this novel weaves a story of two courageous women who risked everything to fight an evil they couldn’t tolerate.

Some 90 writers, poets, historians, scholars, lawyers, and activists have come together to contribute stories that, when stitched together, form a chronological account of 400 years of Black America. Curated by Ibram X. Kendi, author of the bestseller How to be an Antiracist, Four Hundred Souls: A Community History of African America, 1619-2019 is slated to become one of the most significant books of the year.

This Is How They Tell Me the World Ends: The Cyberweapons Arms Race is written by New York Times cybersecurity reporter Nicole Perlroth. For those who consider cybersecurity an important issue, this book makes it clear that cyber is the new global battlefield and that the U.S. may be seriously outmanned. This book has been optioned for television.