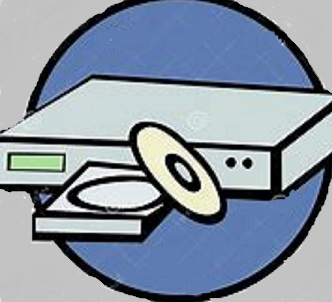 This month, in our quick picks of notable DVD releases, why not try a few of the following:

“Billie”: Billie Holiday had one of the greatest voices of all time. She was a woman of breathtaking talent and global popularity who was unafraid of stirring controversy. Raw, emotional, and brutally honest, this is filled with incredible unheard testimonies from musical greats like Charles Mingus, Tony Bennett, and Count Basie. A showcase of an American legend, an arresting and powerful tale of one of the greatest singers who ever lived.

It is a rare look at the over four-decade intimate relationship Ken Burns has with his America and beloved community of Walpole, NH, and the importance that a “sense of place” and belonging has in one's life. That the essential American fabric of patriotism and goodness are woven through each of us, and often, the road less traveled is a good decision and can be found in the release of “Ken Burns: Here and There.”

The remake of the 1978-1990 series “All Creatures Great and Small” recounts numerous adventures of a friendly staff at a country veterinarian practice in 1930s to 1940s Yorkshire.

For music aficionados, the award-winning documentary of “The Go-Go's” is a worthwhile selection.  With their roots in the L.A. punk scene, they were bad girls and genuine punk rockers, and this serious appraisal of their story is the first to set the record straight about their historical ascent to global stardom.

PBS has released “Lucy Worsley’s Royal Myths and Secrets Volume 1.”  Join her on a journey across Europe to visit the incredible locations where royal history was made. From the Spanish Armada to the French Revolution, learn how royal history is a mixture of facts, exaggeration, manipulation and mythology.

In the release of “Wild Mountain Thyme,” headstrong farmer Rosemary Muldoon (Emily Blunt) has her heart set on winning her neighbor Anthony Reilly's (Jamie Dornan) love. The problem is, Anthony seems to have inherited a family curse, and remains oblivious to his beautiful admirer. Stung by his father Tony's (Christopher Walken) plans to sell the family farm to his nephew (Jon Hamm). Anthony is jolted into pursuing his dreams in this comedic, moving and wildly romantic tale.

If you’re up for some laughs, try “Love, Weddings and other Disasters,” a multi-story romantic comedy about the people who work on weddings to create the perfect day for a loving couple - while their own relationships are outlandish, odd, crazy and far from perfect.  Diane Keaton and Jeremy Irons appear.

You can find the complete list of February releases to be added to the library’s collection here.