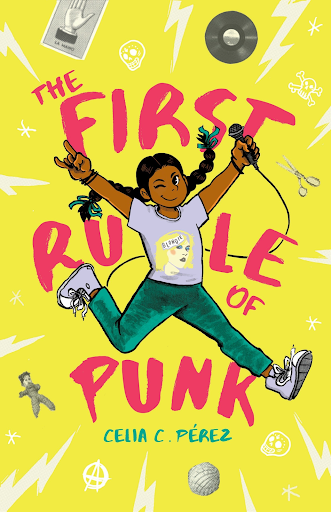 Did you know?  From September 15th through October 15th, South Huntington Public Library takes joy in celebrating National Hispanic Heritage Month, a time to acknowledge and honor the influence, contributions, and culture of Hispanic Americans.  And what better way to recognize this event than through books?

Below, you will find a selection of titles that will start your celebration off right.  We are definitely fans of all the books on this list, but if you’re looking for more choices, please reach out to us so that we can suggest even more titles written by and about Hispanic Americans.  Enjoy!

A young Cuban-Jewish girl is just getting used to her new life in the United States when a terrible car accident changes her world.  Again. Now in a full body cast, Ruthie is devastated to learn that she is going to have to spend the next year in bed, recovering.  It will turn out to be the hardest, and yet most formative year of her life, as she experiences hard times, good friends, and lots of growing up- leading her to believe that being broken isn’t the lonely existence she feared it would be. 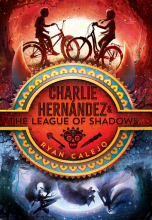 Charlie Hernández and the League of Shadows by Ryan Calejo (5th gr. & up)

Thanks to his beloved abuela’s amazing stories, Charlie Hernández knows everything there is to know about Latin American mythology.  Except the fact that the stories she told are actually true.  Inexplicably thrust into a world of benevolent mythological beings and power-hungry evil spirits, Charlie finds himself in the middle of a war between these two factions, and must use everything he knows and everything he feels to save himself, his parents, and maybe the world.

The Epic Fail of Arturo Zamora by Pablo Cartaya (5th gr. & up)

It’s summer, and while Arturo should be enjoying some time off from stress and obligations, fate has other plans for him.  Between the oddly appealing stomach churning feelings he gets around visitor Carmen, his worries about his ailing grandmother, and his battle against a greedy real-estate developer who threatens the future of the Zamora family restaurant, it’s going to be a very busy summer.

Want more from this amazing author?  You can also try Marcus Vega Doesn’t Speak Spanish and Each Tiny Spark! 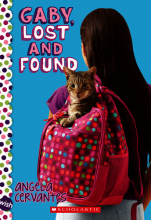 Gaby Lost and Found by Angela Cervantes (4th gr. & up)

Gaby’s mom is gone -- deported back to Honduras because of her undocumented status.  Now Gaby is living with her father for the first time since he left her and her mother years before.  Missing her mom, bullied at school, feeling like she’s an inconvenience to her father, Gaby’s one comfort is her volunteer time at a local animal shelter where she writes ad profiles for abandoned pets, in the hope that she can find them a home -- even while she wishes for one herself.  After this story steals your heart, you’re going to want to pick up Allie, First at Last and Lety Out Loud.

Living near a dormant volcano is cool.  Finding out that the volcano is actually a gateway to another world is astonishing.  Discovering that you are destined to release the formally trapped Mayan god of death, disaster, and darkness is terrifying.  Good thing Zane has the companionship of his trusty dog, the assistance of a new shapeshifting best friend, and the recent knowledge that he has supernatural powers, to see him through.  Oh, who is he kidding -- Zane is so in over his head!  This is the first book in an action packed trilogy, which continues in Fire Keeper, and then concludes with Shadow Crosser.

Sal and Gabi Break the Universe by Carlos Hernandez (4th gr. & up)

At first glance, Sal and Gabi might not seem like they’re destined to be best friends, but this story is full of strange things -- like magic tricks, inventive solutions for bullies, portals into other worlds, and two unique kids working together to try and help a loved one without destroying the world.  Touching, funny, and full of wild adventures, you’ll like this duo so much that you’ll want to read the sequel, Sal And Gabi Fix the Universe, as well!

It’s almost time for the annual Dia de los Muertos festival, and Leonora is determined to help her family with the usual preparations at their bakery, even though they always tell her she’s too young to take part.  Not taking no as an answer, Leo sneaks into the store instead of going to school and discovers that her mother, aunt, and older sisters are brujas who use a pinch of magic when making their delicious baked goods!  When a friend needs help, Leo decides to try out her own bruja skills and prove once and for all that she’s ready for anything!

Historical fiction meets fantasy with plenty of adventure, in this ridiculously fast paced and suspenseful story! It’s the height of the Civil War, and Magdalys Roca and her friends band together to help save fellow orphans from a terrible kidnapping scheme, using their combined skills, bravery, and her psychic link with dinosaurs to save the day.  With its genre-bending and action packed plot, a wonderfully diverse cast, refreshingly creative plotting, and a determined and admirable main character, readers will be eager to continue the adventures with Freedom Fire and Thunder Run.

Yes, María Luisa O’Neill-Morales (otherwise known as Malú) is starting a new school, and no, she has no interest in fitting in.  Moving from her music loving father’s home in Florida to her professor mother’s new home in Chicago is bad enough.  There is no way Malú is going to turn into the perfectly boring Mexican American princess that her mother wants her to be.  Despite the difficulties, Malú is determined to get people to accept her just the way she is.  The way she dresses, her love of punk rock, her self-assured nature -- she won’t let any of it go, because she knows that she can be proud of her Mexican roots and still be herself.