A Tribute to the Ancient Gods: Mythology in YA Lit 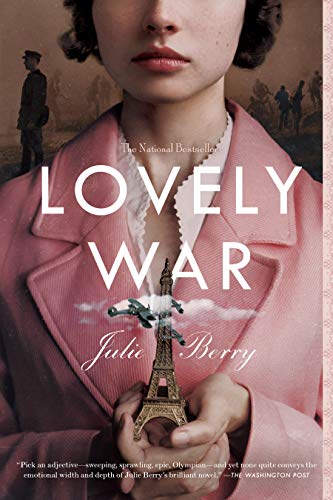 A Tribute to the Ancient Gods: Mythology in YA Lit

Escape your world by mingling with the gods, courtesy of this collection of young adult books that share the common thread of mythology.

Some of these stories are set entirely in the time of the gods.  Others are modern day tales which feature characters who are descendants of the original gods, with the powers and trouble that entails.  A few are an entertaining mix of the past and present, where the gods of old wreak havoc on the teens of today.

In lieu of an offering to these powerful beings, why not honor them by reading a fictional homage instead?

Love is complicated, messy, sometimes dangerous, and often heartbreaking, and this unique human phenomenon has always been of interest to the gods.

Manhattan, 1942: when Aphrodite (the goddess of love) is caught betraying her husband with Ares (the god of war), she attempts to gain mercy and show that true love defies external barriers, by relaying the epic tales of four young people finding love amidst the backdrop of war.

This dark retelling of the myth of Theseus and the Minotaur uses a verse novel format and multiple voices to give an update to the story of a young hero who is sent as a sacrifice to a half-bull, half human monster -- unless he can find a way to defeat the creature and escape the deadly labyrinth where he resides.

Shadow of the Fox by Julie Kagawa (9th grade & up, Japanese mythology)

Yumeko has secrets.  She is a shapeshifter, and she holds a piece of an ancient scroll that, when completed, allows the bearer to hold power over a great demon of the sea.  On the run from the beings that murdered her adoptive parents, Yumeko reluctantly joins forces with a handsome samurai who would likely kill her if he knew what she was hiding.

In 1883 Norway, being different can cause problems, and no one is as different as Hanne, who turns into an uncontrollable killing machine whenever the people she loves are threatened, thanks to an ancient Viking curse passed down to select unfortunate members of her family.

When an incident results in the deaths of three men, Hanne and her siblings flee to frontier America in search of their uncle, who might be able to help her control her powers. 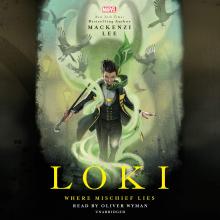 Young Loki is tired of living as second best to his perfect brother, tired of trying to convince people to see him as the hero instead of one to be feared and pushed aside.  When his best friend Amora, the only person who believes in him, is banished to Earth, Loki jumps at the chance to follow her while investigating a series of disturbing murders on that planet -- hopefully with a chance to prove himself a worthy friend, a worthy son, and a worthy leader -- once and for all.

The Keeper by Darragh Martin (7th grade & up, Celtic mythology)

When his little sister is kidnapped by an evil raven goddess, Oisin must accept his destined role as keeper of his family’s powerful Book of Magic, a role that affords him power that he will need to defeat the entity that holds Sorcha hostage.  Perfect for fans of Percy Jackson and Harry Potter who are looking for something new.

The Call by Peadar O’Guilin (9th grade & up, Celtic mythology)

For the past 25 years, every teenager in Ireland must take a turn answering the Call of the Sidhe, where they are pulled into the fairy world for one day of deadly battle for their survival against the murderous fae who delight in torturing and killing the members of the race that banished them to the underworld.

Only Everything by Kieran Scott (8th grade & up, Greek mythology)

Eros (otherwise known as Cupid) has fallen in love against strict orders from Zeus himself, and is thus banished from Olympus and sent to hell . . . that is, New Jersey.  In order to get reinstated, she must help three couples fall in love without using her powers.  Eros tackles her first couple in Only Everything, her next pairing is in Completely Nothing, and her last matchmaking effort concludes with Something True.

A Thousand Beginnings and Endings: 15 Retellings of Asian Myths and Legends

Fifteen bestselling and award winning authors such as Melissa de la Cruz, Renee Ahdieh, Sona Charaipotra, Roshani Chokshi, and others, get together to retell exciting, moving, thoughtful, and adventurous tales from East and South Asian folklore and mythology.  With a mix of genres, there’s something for everyone! 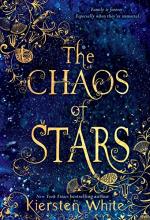 Chaos of the Stars by Kiersten White (8th grade & up, Egyptian mythology)

Being the mortal daughter of Egyptian gods is not as exciting as you might think. Isadora is fed up with all the chaos and drama of the immortal realm, so she doesn’t think twice when she has the chance to live as a normal human in San Diego.  Life as a typical teenager is going to be a welcome break -- or at least that’s what Isadora thinks -- until prophetic dreams, romantic entanglements, family issues, and dangerous intrigue become part of her new life, making it just as deadly and drama filled as life among the immortals.